A remake of the classic roguelike Lost Labyrinth 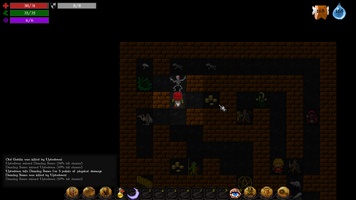 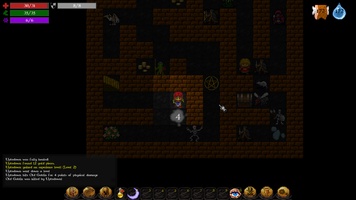 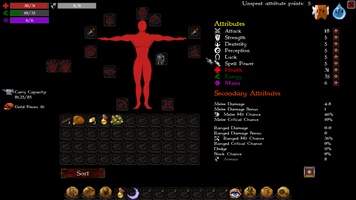 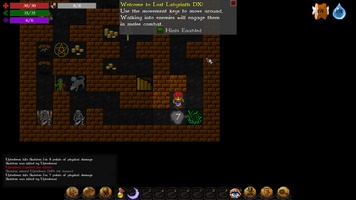 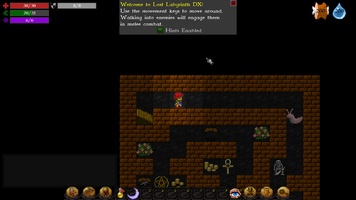 Advertisement
Join up to three other players and explore the depths of dangerous dungeons in Lost Labyrinth DX. Like any good roguelike, this game has loads of enemies to beat and traps to avoid as you try to reach the end of each dungeon.

Start a new game by creating a custom character, which has unique strengths and weaknesses depending on the traits you choose. As well as selecting traits, you'll also get to choose your character's name and appearance.

Once you've created a character, it's time to jump into the action! Unlike most roguelike games, characters don't gain experience by killing enemies in Lost Labyrinth DX, but by descending deeper into the dungeon. Because of this, it's sometimes more worth your while to avoid enemies than fight them. As you explore deeper and deeper in the dungeon, you can level up your skills so you're able to overcome the challenges that lie ahead.

Lost Labyrinth DX is an entertaining roguelike, with games that can last anywhere from ten to forty minutes. And best of all, you can explore the dungeons alone or with up to three friends on the same computer.
Reviewed by Andrés López Translated by Jasmine
Advertisement

Why is this app published on Uptodown?
(More information)

There are opinions about Lost Labyrinth DX yet. Be the first! Comment

Tales of Maj'Eyal
Hundreds of deadly mazes await
Nethack
Can you get Yendor's amulet and escape alive?
Red Rogue
Descend into the depths of the dungeon
DoomRL
The Doom role game is real hell
DiabloRL
And you thought Diablo was difficult? Try this!
CastlevaniaRL
Castlevania goes roguelike
Unreal World
Role-playing and survival in Medieval Finland
Dungeon Crawl Stone Soup
A descent into the depths in search of the Orb of Zot